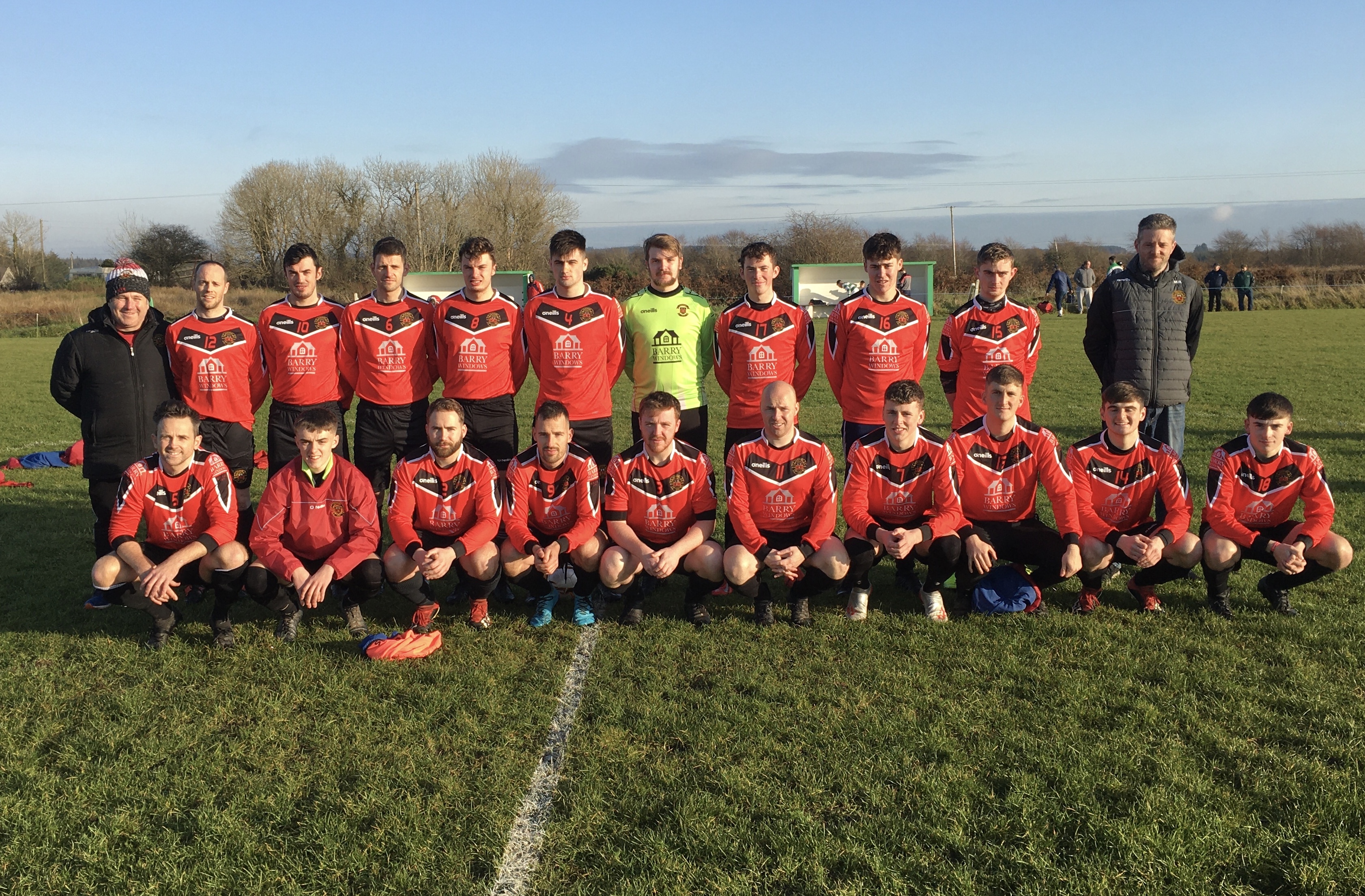 Junior A FAI Junior Cup, Round 5

Newport travelled to play Carrig Celtic in the last 64 of the FAI Junior Cup on Sunday afternoon and unfortunately it’s the Limerick Desmond League side who advance to the next stage for the first time in their history following their 3-2 victory in Carrigkerry.

A decent Newport crowd made the one hour journey to the Limerick-Kerry border in very cold conditions. The game was played on a very bumpy surface which hampered Newport’s usual passing style and this was then going to be a cup game dictated by the conditions. It was a fairly physical game in the early stages with two of Carrrig’s players receiving yellow cards in the first 10 minutes. Newport had a great chance to open the scoring in the 11th minute but Davy Ryan just fired wide at the back post. The first half was nip and tuck with the pitch hampering passing football but Newport were the side trying to play the ball around the pitch with Carrig happy to soak up the pressure.

Newport deservedly opened the scoring in the 40th minute when captain, Brian ‘Clemy’ O’Sullivan slotted home after latching onto a great through ball from Paul Ryan. A 1-0 lead for Newport at half-time was probably reflection of the first 45 minutes of play.

Carrig, who had been very defensive in the first half, seemed to come out with a more attacking attitude in the second half and they were rewarded in the 49th minute when a long ball over the top wasn’t dealt with and the Carrig striker pounced to fire a low shot to the right of Harry Ryan to level the game.

Newport were struggling to play their usual free-flowing football in the conditions and in the 68th minute were punished when another long ball caused confusion in the Newport rear-guard and following a bit of a scramble, the Carrig player fired home into an open goal. Newport were 2-1 down now and faced an uphill struggle. Substitutions were made with Darren Collins & James Lynch replacing Paul Ryan & Kevin O’Brien.

Newport were now pushing for an equaliser but things got worse in the 85th minute when Carrig once again countered and a shot was deflected into the Newport goal by a Newport player to make it 3-1 to the home side. At this stage, it looked like game over, ball burst but Jake Dillon’s wonder strike in the 88th minute gave Newport a glimmer of hope. When the referee indicated 4 minutes of injury time, this spurred Newport into a grand stand finish. Newport had a great shout for a penalty in the 93rd minute when Jimmy Fyfe seemed to be taken down from behind but the referee turned down the claim. This was probably Newport’s last real chance of the game as Carrig ran down the clock to ensure their safe passage to the next round.

The overwhelming feeling amongst players & supporters was this was a game that we left behind. However, Newport probably did not play as well as they can and Carrig seemed to execute their game plan to perfection. Newport are now left to concentrate on the promotion chase to the Premier League, while Carrig Celtic look forward to the draw for round 6.

A special word of thanks to Carrig Celtic and Moore’s Bar for their post-match hospitality and we wish Carrig all the best in the next round of the competition.

The phone lines are now open for bookings on our FAI / In...

Juniors:Pre-season continues ahead of the season kick-off...

The new schoolboy &amp; schoolgirl season is just around ...

FAI have updated the Safer Return to Play Protocols

The Football Association of Ireland has updated its Safer...

Welcome to our first Derryleigh Diary since March 9! We...